On Being from Kansas

And that's the first thing you need to know about being a Kansan. You and your home state are often the butt of jokes--stale, tired jokes which are told with impunity.

When I worked at a grocery store in high school, one "import" family would shop wearing matching "We're not in Kansas anymore" t-shirts. True story. They'd come in on a weeknight around 9 PM, an hour before close, and wander the aisles in those shirts. 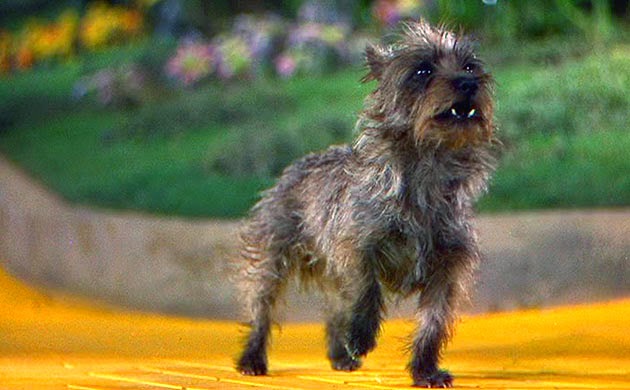 It goes beyond Oz. I've known folks from more populous states/the coasts who really, truly seem to believe we still use Conestoga wagons for transport. Ha ha. Our state is flat as a pancake... a few years ago, one mathematician "proved" Kansas, relatively, was flatter than a pancake. And it's not as if our state government helps us much. We've suffered embarrassing State Board of Education fights over evolution and passed legislation requiring voter ID, because, as you know, massive amounts of illegal immigrants flock to Kansas so they can vote illegally. I hear they're bused in, in fact. "It's all those damn Democrats' doin'!" wails the old man with belly-length beard next to the spittoon.

I say "we," but I never voted for such a thing. Maybe our collective unconscious remembers a time when "illegal" voters did arrive in our fair state (before it was a state). But that, dear friends, was before the American Civil War... back when Kansas meant something progressive and on the edge. Bleeding Kansas. In the years leading to the most deadly conflict in United States history, the first shots were fired here. Legendary terrorists like John Brown murdered in the name of abolition and William Quantrill burned my adopted city, Lawrence, to the ground. 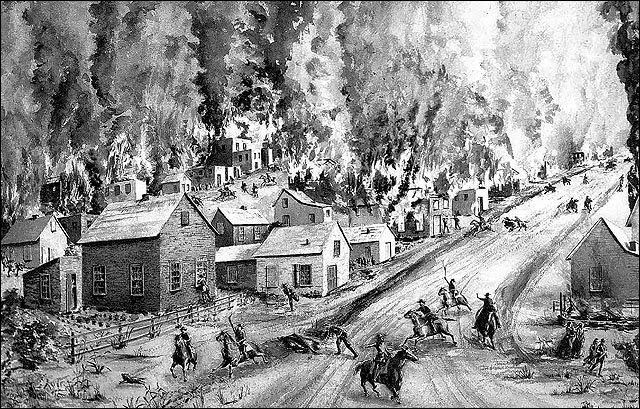 (A Painting Depicting Quantrill's raid from the LJ World)

Our state motto, Ad Astra Per Aspera, reflects on the struggle to join the Union.

To the Stars Through Difficulty.

Maybe it's because of our position as butt of so many national jokes that Kansans have become so patient. There's intolerance here--unfortunately more than I want to believe at times--but when you meet a Kansan one-on-one, the facades of bigotry often melt away. Not always, but often enough to know something good lies within. We know we have warts. We know we have scars. But, from my experience, we own them. Maybe not every individual... but a collective "we." One cannot have suffered repeated offenses without developing a degree of humility.

A Kansan knows it isn't very humble to speak of one's humility.  We know we are broken as much as anyone else, but we are also aware of our humanity. We want good, honest stories more than we need grand lectures from any pulpit--even a secular one.

I work as a guidance counselor in a small, Northeast Kansas high school. Every year, we receive at least one new student from some other portion of the country--California, Florida, Michigan in the last few years--and are charged with the care of this adolescent. We joke that we're supposed to "save" them because we are used to being the brunt of jokes."Send the boy to Kansas. They'll learn him right. And if not... there's nothing to do out there, anyway."

We take this "orphan" in an make him our own. We care for her and teach her how to be good to other people and that she matters. We build relationships. We listen. We try again when we fail because we know--thanks to lessons from our rough climate won by generations of farmers and ranchers--failure is coming.

But so is triumph, little victories of the most mundane, everyday variety.

Go on. Make fun of us. Ask about Toto (the dog not the band). Try and win us with golden tongues and well-formed words. Just be honest. Genuine. Flawed and human. If you are, you just might belong here:

The Flint Hills of Kansas seen from the air (Jim Richardson, National Geographic)
(Flat as a what?)
Posted by Aaron Polson at 7:37 AM

I grew up in Missourah, by I am a Kansan now. I have taught her children for 32 years and love this state as though I was born here instead. Thanks, Aaron, for letting everyone know why it is cool to love Kansas!