For My Future Granddaughter

I bought one of these on eBay a few weeks ago: 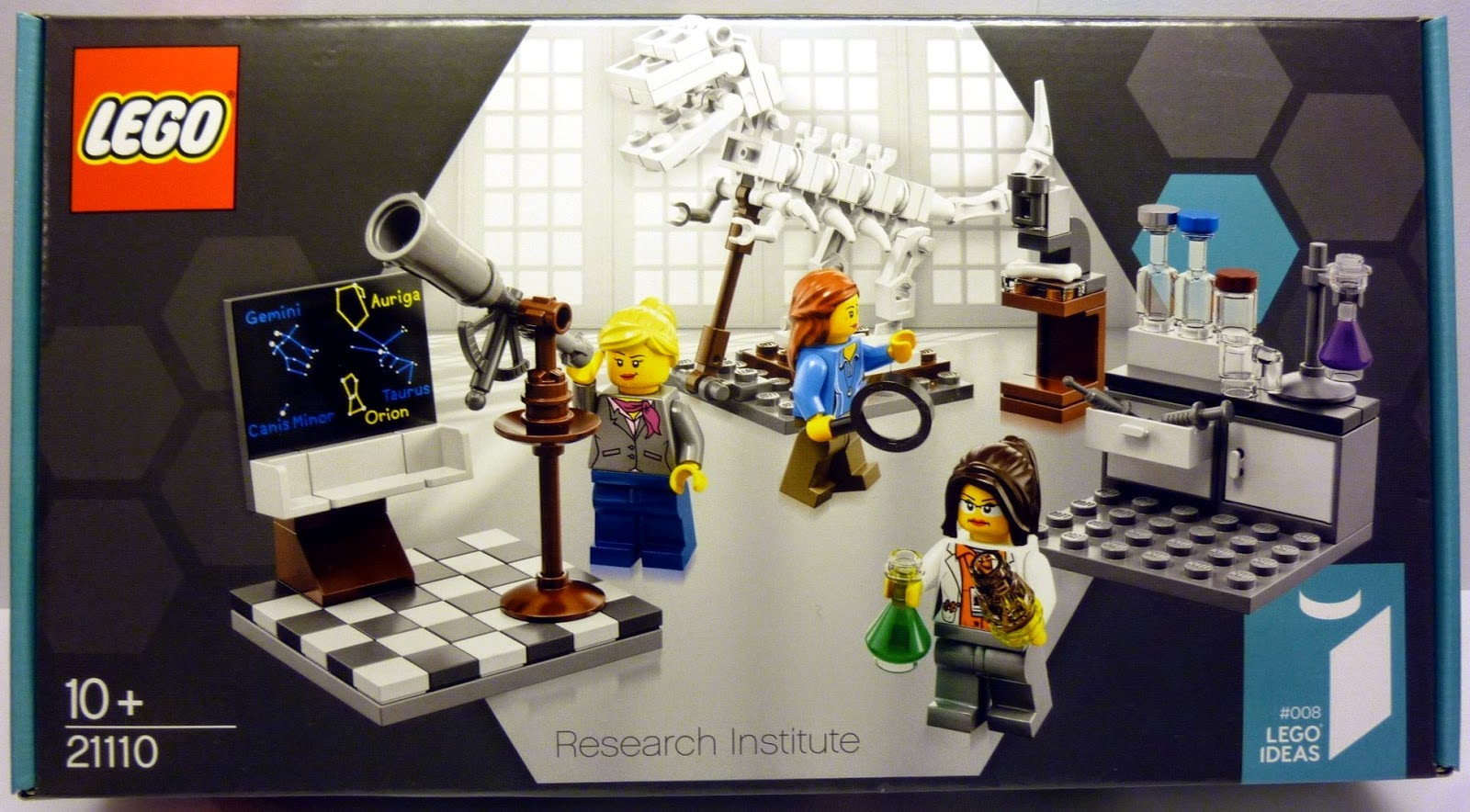 I paid a premium, quite a bit higher than retail. The set, rather small and originally retailing for just $19.95, has made quite a few Lego resellers fat stacks of profit as they scooped them by the cart load and flipped on eBay, Amazon, and other you-sell-it sites. I'll admit I do a little Lego "investing," too, but not on the scale as major resellers. I've held onto a few Star Wars sets and made a few bucks. Kim can tell you about the Monster Fighters Haunted House on a shelf out in the garage. (Or maybe she can't... it's packed neatly in an inconspicuous brown box.)

One of the big rules of Lego investing is one should enter at a low price. It's frighteningly like the stock market, at at web sites like Brickpicker.com, it's treated as such. Buy low and sell high. Hold for the long term or occasionally find one of those glorious penny stocks which appreciates rapidly and can be sold short term for huge profits. The cheapest Research Institute available on eBay US as of this writing will cost you $70.04 including shipping. Yes, more than triple the MSRP.

So why break such a cardinal rule to get my hands on this set? Do I see the price rising even higher?

Sure, maybe. But this one isn't for sale. I wanted to grab a RI for my granddaughter. (This is where the audience gasps, thinking something like, "Isn't your oldest kid like a freshmen in high school?")

Look, this isn't a family blog, per se, but no one here is pregnant.

I'm looking down the road here. Waaaaay down the road.  Lego's Research Institute made a huge splash largely because... look closely at the box... it features three female scientists. It garnered a lot of media attention last month, including this article from the New York Times, this op-ed in the Chicago Tribune, and an online petition to resurrect the set after its too-short life.

So I mentioned I'm looking down the road. Waaaaay down the road, but the RI isn't about "investing" in the traditional sense. I want to gift this to my future granddaughter because her world (hopefully) will be different than the one in which we live. I want to give it to her and let her know how happy I am she is able to do whatever she wants. I want her to know how happy I am she lives in a world in which a toy set featuring female scientists is no longer a big deal because everyone knows women can kick ass at anything they do.

That's the best investment I can imagine and a world in which I want everyone to live.

Now there's a laudable reason to invest in Lego! Equality of the sexes in toys is long overdue. However, I believe what parents teach their children has a far greater influence than which toys they are given. A child's imagination is such that a Barbie doll can become anything. But the surprised reaction to 'scientist', 'explorer' or 'astronaut' and the smiles at 'nurse' send subliminal messages about the expected roles for women. By the sound of it though, your granddaughter(s) will be some of the lucky ones who learn anything is possible.