"Jumping In" - A Friday Freebie

Today, I'd like to share "Jumping In," a story originally published in Slices of Flesh. Happy reading and even happier weekend. 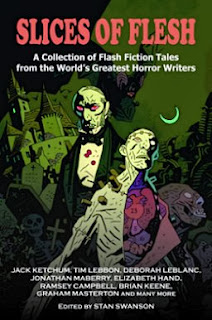 Quick question, Aaron. Where did you come up with the name "Derek Hullinger" for one of your characters? As far as I know, I'm the only Derek Hullinger in the US--maybe the world. Coincidence? ;)

Complete coincidence--I did have a former student with the name Hullinger... last names are always more difficult to create than firsts, so I've mined everything from obituaries to class rosters.