Purging the basement, I found several artifacts of my life. Each one could sprout several stories: 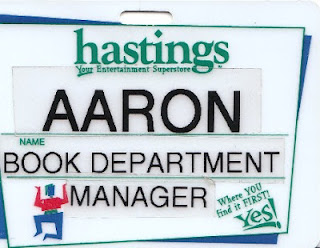 I worked at Hastings Entertainment in Lawrence back in '98.  What an odd and eventful year... 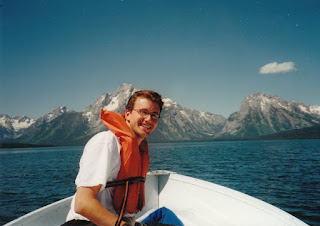 Many of you remember the story about how Aimee aimed our little boat toward the Tetons despite warnings to "stay within a mile of shore"? This is my face moments before the big freak out. 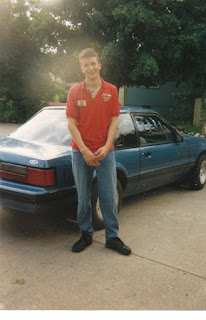 My last day of work at Ray's IGA after my senior year in high school. I met some life-long friends at that job. Some of them dumped a bucket of water on me as I was leaving. 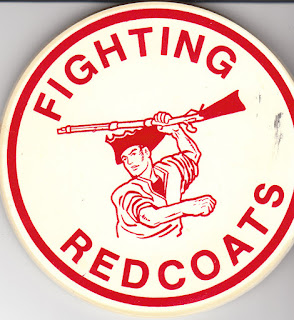 Yes, McKinley Middle School's mascot... sorry to my friends from across the pond, but in American history the Redcoats were the bad guys (at least during the Revolution). Of course the picture looks more like a minuteman. How about the Fighting Minutemen? I don't get it, either. Every school in Clay Center was named after an assasinated president, too... Lincoln, Garfield, McKinley. If the high school was build five years later, it would have been a Kennedy.

Oh! I remember IGA -- the baggers actually brought your groceries to the car for you. Ahhh... a simpler time. Did you find any pet rocks in the basement?

[mine had aftermarket googly eyes]

I set my pet rocks free years ago. One was run over in the street...