WIP Wednesday: Slowing to a Trickle

Between Max's autoimmune issues, baby Elliot, and trying to wrangle Owen/my job/maintain a relationship with my wife... and other things, I haven't been writing as much as I'd like.

I have given a character a gun. Said character has decided to use the gun rather than call the police. See, he doesn't think the police will believe what he has to tell them (his wife might be held captive in a farmhouse/organized crime compound/possible religious cult). It doesn't help his case that it is three in the morning, he's covered in mud, blood, and cow shit, and a little high. 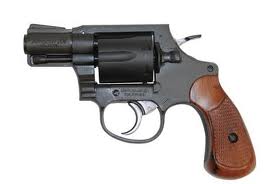 This could get interesting...

And it's all part of No Good Deed, a crime/thriller novella.

I don't know how you get anything done with all that going on. Even a new baby in the house is enough to shut down your brain, never mind your writing abilities.

Oh, sounds like a winner! I've also been juggling a lot and getting very little done. 1,000 words in the last week. Bah!

Cathy - If I don't keep writing, I might shut down more than my brain. It's my only salvation some days... ;)

Sounds like a good, juicy scene to write. I really don't know how you cram so much into your writing/work/family schedule and still function. :)