We have a Winner! (and More Elective Surgery)

Mary Rajotte is the winner of my 50/50 split of In the Memory House profits for November, thus continuing a fine tradition of Canadians winning my contests. Congrats, Mary. I'll be in touch to share the bounty.

Which might (or might not, who knows?) have been a bigger bounty had I started with this: 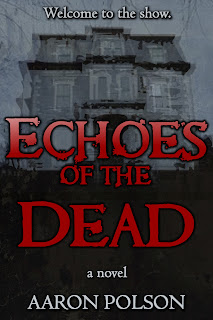 Instead of In the Memory House. Sometimes I need a little more market research. I tend to be too much of a gut guy. You see, In the Memory House is also the title of Howard Mansfield's book of essays about New England culture and history.

Yeah. Not my book at all. Mine features a living house which tries to make friends by killing people. Think of it as a house with Asperger's on steroids.

So maybe Echoes of the Dead has a little more zip. The word "Dead" lands hard, at least. It does deliver the message directly, and I've found that is a key piece of marketing any book. And yes, the paperback is still coming.

And then I've nixed Smoke and replaced it with Vengeful Spirits. Again, I think the new title lands harder and sends a little more of a direct message about the book's content.  I've also tweaked the cover with new font and image: 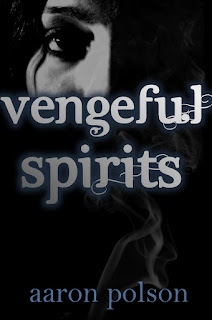 This poor puppy has been through a number of changes, originally starting as Borrowed Saints. Like I said, I'm a gut guy. My heart and mind need to arm wrestle before the next book skitters into the wild.

Congrats again, Mary.  And good luck, my dear books.  I will try to do you better in the future.

Congrats to Mary! Echoes of the Dead has my vote; nice edit. Where do you find your cover images (that you don't paint)?

Congrats, Mary! Super cool news (and a great contest, Aaron). By the way, sorry for the multiple comments on the last post. Making up for my MIA month I guess.