Sample Sunday: In the Memory House 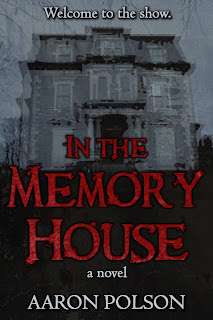 In the Memory House, a new supernatural thriller, is now available at Amazon.com, Amazon UK, and Smashwords with other formats (including print) to follow...

Email ThisBlogThis!Share to TwitterShare to FacebookShare to Pinterest
Labels: In the Memory House, sample sunday

Very nice. You know, I believe this house may have a thing or two in common with another house that is very near and dear to my heart.

Barry - I had no idea until I finished the book and looked back at your synopsis. Of course, I'm not sure my comes together in the same way in the end...