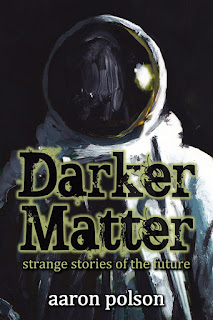 During Brother John’s final round through rows of sleeping flock, he found prisoner AA23 dead in his stasis tube. John pressed his palm to the canopy, flinching slightly at the cold, smooth surface, and uttered the last rites. His gaze swept over the rest of the flock, assured of their relative peace. Twenty-five blinking green dots responded in broken rhythm.

Another death. Three inside of a month. Five all together. Something must be wrong with the chambers—but no malfunctions of this magnitude had ever been recorded. Not while the Order operated the penance ships. John fumbled with his thick robes, drawing them close about his throat. The tips of his fingers found the com-link. His mouth dried. He moved his tongue around, trying to find courage and words. Maybe half an hour left on his meditation. Glass tubes stared back at him, tubes offering the ghost image of their human occupants. The hold of the Corpus Christi frightened him. So big. So empty and cold save for the sleeping murderers and rapists locked away for their penitent flight.
He pressed the black com button, and the device crackled in response.

“Yes. What is it Brother John?”


My little e-book of dark "science fantasy" is now available for Kindle. A Smashwords edition is coming soon, I promise. Buy the Kindle edition of Darker Matter for only $0.99.
Posted by Aaron Polson at 7:49 AM