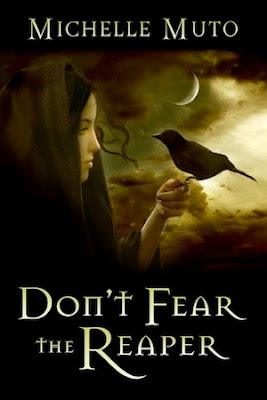 Grief-stricken by the murder of her twin, Keely Morrison is convinced suicide is her ticket to eternal peace and a chance to reunite with her sister. When Keely succeeds in taking her own life, she discovers death isn’t at all what she expected. Instead, she’s trapped in a netherworld on Earth and her only hope for reconnecting with her sister and navigating the afterlife is a bounty-hunting reaper and a sardonic, possibly unscrupulous, demon. But when the demon offers Keely her greatest temptation—revenge on her sister's murderer—she must uncover his motives and determine who she can trust. Because, as Keely soon learns, both reaper and demon are keeping secrets and she fears the worst is true—that her every decision will change how, and with whom, she spends eternity.

Amazon US
Amazon UK
B&N
Smashwords
Posted by Aaron Polson at 10:55 AM

What an interesting story, thanks for the heads up! Found you via the Coffin Hop -- can't wait for it to kick off!

Join me in the Trick or Treat Spooktacular! Could you help make the Grand Prize a brand new Kindle Touch?