Since this is a blog about writing (for the most part), I'll start with my latest WIP...the now-desperate-for-a-title YA ghosty-type story. I've only just begun in earnest, adding at least 1K words a day for the past few. The flip flop between brother and sister's POV (all 3rd person, of course) is making for an interesting narrative with nice parallel stories. I'm pleased.

An excerpt (from Phoebe's storyline):

Lunch in the cafeteria was hell. Phoebe gathered her brown bag from her locker, shut it gently, and slunk through the bustling corridors toward the auditorium. No one would be there between fourth and fifth period. The auditorium had been her secret, her hiding place, her sanctuary...

I've had a number of older stories I'm pretty pleased with, so, as most of you know by now (via Twitter, etc.), I put together an ebook collection. The free version of The Bottom Feeders and Other Stories includes ten previously published pulpy-horror tales. I wanted to release a Kindle edition, and since I can't offer a free version there, I added four stories, including two previously unpublished. I can't have people paying for the same thing they'd receive for free elsewhere. Because we live in an era of choice, I'm offering the "bonus edition" via Smashwords for 99 cents. If you like pulpy-horror tales, please give it a look. I consider this an experiment in 21st century storytelling. I'll let you know how it works out... 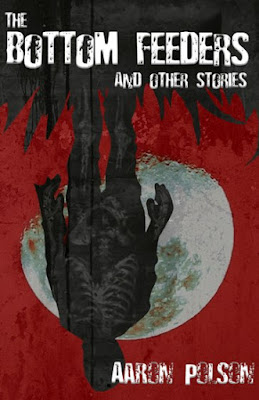 And I'm reading, of course. I took a break from Darkness because a used copy of Michael Moorcock's The Black Corridor landed in my mailbox the other day. I picked up the book after reading a mention of it in The Book of Lists: Horror under "the ten best sci-fi horror novels". I can't say I'm disappointed 50 pages in...more to come. The Black Corridor is out of print (the only copy I could find was via Half.com, but it was a quite affordable book club edition). Courting Morpheus also landed in the ol' mailbox on Monday, and I'm salivating for a crack at that. One book at a time, dear Aaron. 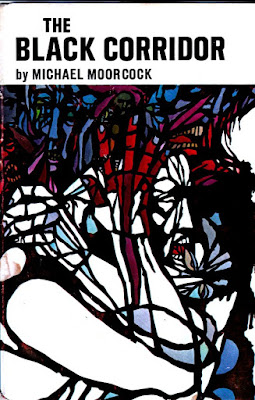 Finally, Barry Napier's chapbook, The Final Study of Cooper M. Reid, is available for preorder at Strange Publications. Strange will only produce 26 hand-lettered copies, all signed by the author (guess I should get him those signature sheets, huh?), and the price is too affordable to miss. As with all Strange chapbooks, it includes two previously published stories by Mr. Napier. You can also purchase a "subscription" to the first three chapbooks in the series for a considerable discount.

Eek! I can't get the paypal link to work - you better save me a copy buster or there'll be hell to pay. :D

Oh, and I bought the "bonus edition" of 'The Bottom Feeders' yesterday.

How in the hell did I miss news about your e-book??? Regardless, I will be purchasing a copy on my lunch break. Kudos to you for stepping up and testing the market in this way. Please keep us informed as to how it goes.

Cate - The links are fixed. I tried to do something with inventory numbers, but that wonked up the button.

Barry - I've been a little underground with the e-book, gradually letting the "news" creep out. I don't expect sales to be huge--short fiction just doesn't sell like longer stuff.

And Cate, Barry - thanks for your support. ;)

Caught your tweet RE SmashWords and was stunned, because . . . that's what I spent my Saturday doing. No fun to take out all the fancy formatting you worked so hard to put in, no? But very cool, and best of luck with it. Cover looks awesome as well.

Brendan - I suspect novels will sell the best; I just don't have one ready for the chopping block yet. And yes, wow, bye-bye formatting. Best of luck with your ventures.

Snagged a copy of the e-book the moment I heard about it. If you decide to do a print run let us know. I'll be needing Christmas presents for people soon enough. (I know, I know, it's not even summer!)

Very busy, but in a good way :D

Lots of news today Aaron! My mind is playing tricks on me I think, because while I *feel* like I knew about your e-book, I'm sitting here scratching my head thinking when I could have heard about it... congrats on the publication! Thanks for the link, I'll check it out soon. I like me some pulp :D

Katey - I waffle on the print thing. If I do, I'll make it as cheap as I can.

Hinny - I like pulp as long as it isn't in my orange juice.

I am so happy you put up a subscription link. Can't wait to see about Cooper. Looking forward to find the time to read you unpublished stories as well. Always a treat.

Heading over to get a copy. Love the cover.

Ooh, books! I'm going to try and get my ereader to work tomorrow so I can download some of these (it wasn't being cooperative last time I tried to use it, stupid overpriced piece of crap).

Thank you for your support, Jamie.

Cheers, Danielle. I appreciate it.

I love love love the cover of The Bottom Feeders! Do you do the art? Is it the same artist as your Twitter background, 52 Stitches, and your banner? .....?