A Little Light in a Dark Room

This is what I've learned:

1. Most of my "readers" are also writers. The situation will likely remain this way until "big commercial success".

2. "Big commercial success" isn't what I thought it was. Like the proverbial kid who dreams of NBA millions, I fell for the illusion of the Kings, Grishams, and Pattersons of the world.

3. The publishing industry is designed to "discover" the best sales representatives for their work. This may or may not coincide with transcendent (or at least thought-provoking) fiction.

Face it, when most of what you've published is short fiction (and I'd argue genre doesn't matter), most of your readers will be other writers (or writer-hopefuls), especially when you publish in semi-pro mags (and below). This is how it works. Taking another step, the small genre press (even the good publishers) aren't read all that broadly. Sorry, but I'd never heard of Nick Mamatas, Jeff Vandermeer, Laird Barron, or other fine genre authors before I started to write. All write well. All are well reviewed. Maybe the market isn't there. Maybe their writing isn't all that accessible to the masses (not necessarily a bad thing). Maybe it's something else. (see item 3)

Writing and making a living is a hard effing job. Read JA Konrath's "A Newbie's Guide to Publishing" to see how hard one writer works. A single NY Times bestseller would not allow me to quit my job, even though NY Times bestseller level of sales would require a whole butt-load of greasing palms on my part. (again, see item 3) Super agent Nathan Bransford addresses this issue on his blog a few days ago.

So I won't be buying that cabin in the mountains any time soon.

Which brings me to item 3.

There's a good deal of discussion out on the 'net about the "unfairness" inherent in the publishing "system". Stop whining already, will you?

1. Publishers are in business to make money.

2. Agents are in business to make money.

3. Writers are not always in business to make money.

3. Writers are not always in business to make money.

Think about it. A writer-hopeful writes a book. What do they want? Go on, ask them. I'll wager most would answer "to have my book published" before "make money". Doesn't the continued success of vanity presses (um, Publish America isn't exactly bankrupt yet) provide enough evidence? Regardless of how you may feel about Harlequin's move to create a vanity publishing arm, they are a publisher, and publishers are in business to make money. Seems like they see the potential to make money, eh?

So there's a huge amount of folks wanting to be published. All are reaching for the brass ring. The dream. Agents sort and sift through the best pitches, request fulls on only the best books, offer to represent even less. Not every represented book is sold to a publisher. Talk about the camel through the eye of a needle.

And some books flop after being published. I've read something like 1 in 5 actually makes money. (yeah, I'd love to cite a source, but it's the 'net...could you trust it?) There's a glut of "the same book" on the shelves all over the place. (um, paranormal teen romance featuring vampires, anyone?)

The "unfair system" (again, suck it up folks) is designed to find the writers who can sell. All those authors of "unnamed paranormal teen romances" can scrap it out on the bookstore shelves and signing tables. Need I remind my dear readers that publishers and agents are in business to make money? Who cares if Slash's memoir is a piece of dog crap. It's going to sell.

I can't say it better than The Publishometer at Editorial Anonymous. So what if you've written a transcendent book that no one wants to read? Go on and complain about Dan Brown's crappy writing; he won't care, being too busy counting his money.

Sometimes the audience is too small for "Big Commercial Success". See the authors I mentioned above...all good, but they aren't going to bring in Dan Brown numbers because of what they write. Hell, maybe it's partially because of how well they write. (now that's a double-edged sword if I ever saw one)

To sell well, a book must be accessible to the masses. There is a paste-pudding blandness to pop culture. Transcendence doesn't sell well.

But I'll take it. 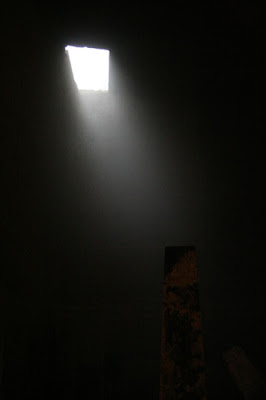 We do it for the love. *sigh* Cute avatar, gents.

Becca - Tell me about it. I'll let Max know you approve.

Awesome post. And please, in the future, try to put more words between the descriptions "Butt-loads" and "greasing palms." I did several doubletakes before making it past that sentence. :)

Wait, Slash's memoir sucked? *sigh* He was my hero in middle school.

Barry - sorry for the dangerous wording.

True, true. BUT... Not all publishers are solely about making money. Some do it for the love of books. Not ALL books are published solely because they will sell to the masses - some are published because they are good in themselves, and eventually good books will be read, too (hopefully, anyway). Not everyone reads books only Tesco sells... Obviously, this is a much smaller percentage of the market... But it's still there.

In other words... there's still hope!

PS. Why does the boy in your picture look so terrified? Hehe.

I think there is hope that even though we wish to be published and publishers, even small ones, are willing to take chances, that somewhere, someone will find it and pass it on and so on and so forth. Eventually word gets out. Some of us, like many poets and artists on canvas, won't live to see the success but maybe our children can fight over the scraps.

Sophie - True. But the "big kids" of publishing are in it for business, and that business is making a profit. No profit=no publisher. (of course in the U.S., the govt. will just send a bailout, har). Yeah, there are awesome small presses that operate on a shoestring. Yeah, there's a ton of wonderful people in publishing that care about books and stories and literature, even at the big presses. None of this is black and white.

My hope? The "long tail" niche economy (thank you, internet) helps the little guy more than the "big kids".

PS - Max is pissed in the photo because it's so damn hard being three. I probably just told him "try 34 kid".

Jamie - Which leads me to my goal (on which I hope to expand, tomorrow).

I read Elizabeth Bear's blog--she's had lots of books published and is well-respected in the SF/F community and writes full-time, but she's barely scraping by. It's scary. I think I'll be keeping my day job even after I start selling books, let's put it that way (and aren't I positive about my writing future tonight?).

I think everyone who reads thinks they can also write. That's not a bad thing in and of itself, but not every book that's written should be published, even self-published. No one wants to hear that part.

K.C. - The times are definately a'changing. "Gatekeepers" are our friends, not our enemies. Personally, I don't care if crappy books are self-published, just don't clutter my virtual bookstore space with them. But there's the problem, right? They do clutter the virtual world. So do "real books", though. I think the ease of technology (word processing in this case) has spawned more "writers".

As usual, spelled out in your eloquent way. I especially love #3...

Think about it. A writer-hopeful writes a book. What do they want? Go on, ask them. I'll wager most would answer "to have my book published" before "make money". You're spot on.

Ah crap, but I just took out a loan on a yacht.

My answer wouldn't be 'to have my book published' as you've said any fool can do that for themselves, it would be 'to see it on a shelf in my local Waterstones'. And that I have discovered, is no easy thing.

You're right - publishing is all about making money. It’s a business after all, like any other. Explains all the ‘latch on’ trends like the sparkly vamps and the misery memoirs.

I’ve been reading a lot of Leisure books recently to see the current state of the mid-list genre market. Boy, a lot of it is crap and full of tired old clichés (with some real gems thrown into the mix too) but the publishers obviously saw potential ‘money’ in each and every one.

L.R. - I feel the same way about most of the YA that my students read. Ick.

I think that's a lucid distillation of the whole thing. I've been thinking about it a lot this month in particular, since I've been away from the computer more often than is usual for me.

I think the system is good. Gatekeepers are good. I also think self-publishing, though it has some serious drawbacks (crap, in other words) is good for specific people-- non-fiction and very small niche fiction that knows its market and has access to it being the best example. but I don't have a problem with any of it.

Just that it is a business to a big house, and it has to be, or they won't be big. Without that, we'd be missing a lot of good things. I think what makes me feel, at the end of the day, like it's better than bad, is that we have small presses who care about their material, genre, and readers.

So cheers to that!

Katey - I never want to admit it, but competition is positive. That's really what gatekeepers do, right? encourage competition?

Competition is never a bad thing. It brings out the best and worst in people, and it shows their quality, no matter how they try to hide it. I couldn't agree more.

But choice and gatekeeping don't always go hand in hand. Thankfully, we have the indies to keep us honest on that one.

Katey - Without a doubt, someone must watch the watchmen. Vive la Indies!