He sent away for the box six weeks ago. Finding the ad in the back of an old issue of Carnage Corps at the comic shop, he tore along the dotted line and pushed the rough, pulpy paper inside his waistband. His breath froze in his chest as he walked past the clerk. Heart ready to burst, his rubber soles pounded against asphalt, and the ad flew away with the next day's mail.

The box arrived on a rainy day. The boy scooped it into his arms, brushed his damp sneakers on the rug in the foyer, and rushed to his room to read the instructions.
His father was first, and the boy snuck into the living room while the television prattled away and the old man snored in his recliner. Following the directions, he started at the man's feet, peeling back the flaps of the box and pulling the man's toes inside. His father stirred, but did not wake. With a hushed sucking noise, not unlike a noodle dancing into one's mouth, the box took care of the rest.
Later that night, he added his mother and sister--each with a propensity to mutter in her sleep. The box made short work of both. Swoooosh. Swooosh. Cardboard flaps tucked together, and he tacked them down with a slick length of packing tape.
He affixed the return label that came with the box and set it on his stoop for the postman. Then, exhausted from his work, the boy crawled under the warm weight of his quilt, pulled an extra pillow to his chest, and slept until noon, the first solid night of sleep in ages. 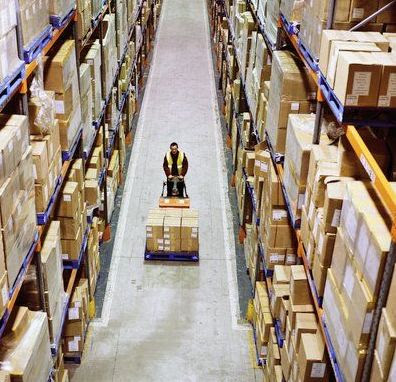 (I think the picture adds a layer, don't you?)

Yes, the picture fits it quite nicely. Another great piece of Friday Flash!

He isn't talking about my house, is he? Nice, light-hearted but darkly fun.

That was great!--Note to self: do not let the boy read Mr. Polson's story.

Yes, it does. And if you look closely at one of the labels it reads, "Becca's little brother."

My wife snores. Where can I get a box like that?

Becca - Had to throw some noodles in there.

Michael - Old comic books have the best ads. That's all I can say.

hehehe, I really could have used that box when I was in college. The roommate I had my last semester snored VERY LOUDLY. I committed homicide in my mind a hundred times. The box would have been much more useful.

With a hushed sucking noise, not unlike a noodle dancing into one's mouth, the box took care of the rest.
Oh god, that sound makes me shudder anyhow. So perfect! I've mentioned before how I adore Fridays, I think...

Loved the comparison to sucking noodles!