Why We Decided to Use a Blender 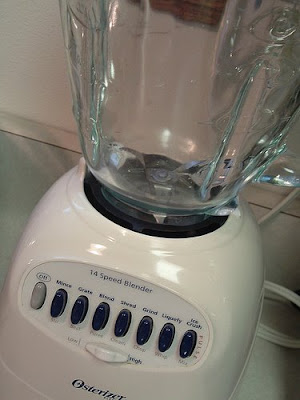 (this one isn't for the kids)

Jack wipes sweat from his forehead with the back of his arm. “You ever read that Poe story?”

I look up, but my hands keep working. “Which one? The guy wrote tons of stuff.”

“The one with the old guy.” Jack thrusts deeper with the knife.

A spurt of crimson strikes my apron and I flinch. “Be careful, damnit.”

“Jack, there’s a couple with old guys.” My knees are tired from kneeling on the tile, but the job is almost finished.

Jack stops. He looks at the bathroom light as if the answer's hiding there.

“The Tell-Tale Heart,” he says, puffing out his smile like he just won the Kentucky Derby or something.

“Oh yeah.” I look at the mess in the tub. We’ve got most of the corpse dismembered. “Cuts the old guy up, buries him under the floorboards.”

Jack nods and holds up a lump of meat. A few ticks pass before I realize what he’s holding. “Be a shame if we heard this thing beating later on, wouldn’t it?”
Posted by Aaron Polson at 6:30 AM

In the land of great last lines, that one is right up there. thanks for sharing (are any of your stories 'for the kids'?)

Nice. Well at least these guys had more finesse than the killer in the movie Fargo. I"m a glass half full type a gal . . . Yes, yes, yes I'm seeking treatment.

Hmm...gruesome way to start the day. I particularly liked the "spurt of crimson...). Good old Poe, grandfather of horror and the short story.

A nice slice of Friday cheer.

Nobody said it would be pretty...

I second and fully endorse Jamie's first sentence up there. I cackled gleefully!

I forgot it was your Flash Fiction Friday. Coolness.

Like your new blog title and your anthology widget.

Awesome. I love how the title ties in without being said within the story.

I'm going to link to you on my blog.

K.C. - you just described my life.

my favorite part is the title

Too awesome. I love the casual banter between the two of them as they're going about their "business."